some of my favourite quotes

A compilation of my fav quotes over past 6 months or so:

Posted by Shrinivas at 7:55 AM No comments:

The below diagram is the heart of networking: 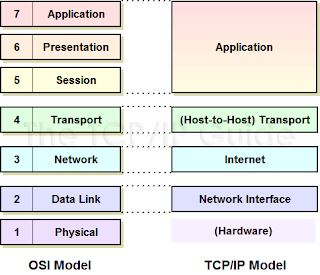 Posted by Shrinivas at 5:53 AM No comments:

php is cool and awesome. Got a site up and running in 3 hrs excluding the time taken to set up mysql and integrating it with php in mac osx. Thanks to headfirst php and mysql.

Any cool ideas for a site which you may have been aspiring to create or looking for help?
Posted by Shrinivas at 8:56 AM No comments:

I have always found myself attracted towards things that fascinate me. This is one such instance.

thesocialnetwork and Endiran was scheduled to release at the same time. Both had much anticipation from different fan base groups. Endiran due to Rajini presence and Mark zuckerberg for thesocialnetwork. Rajini has a big impact on masses due to his charisma and there is a flair always associated with his movies. But thesocialnetwork is supposed to be a story of a real life person who is tremendously successful due to his intelligence and being at the right place at the right time and making right decisions(most of the time, though he has made few mistakes).

My friends were flocking towards Endiran movie theatres which to some extent raised my expectations thinking about the crowd and the pandemonium that can happen in theatres , but I let it pass away.

I have been following zuckerberg story for quite sometime in the media and the accusations that he has been involved with. I read various articles about him and wanted to see if its captured in the movie accurately or its made up of fiction. After seeing the movie, I thought it was not a fiction. I think the actor in the movie has really brought the character of zuckerberg. How do i know? Well, because mark zuckerberg in real life, is a scorpio moon and the movie has portrayed that very well.

Some instances:
The dialogue that remains in my mind after watching the movie:
"Mark you are not an asshole. But you are trying hard to become one"
"You have part of my attention - you have the minimum amount. The rest of my attention is back at the offices of Facebook, where my colleagues and I are doing things that no one in this room, including and especially your clients, are intellectually or creatively capable of doing."

The best scene was the first meeting of Mark with Sean from Napster.

Overall, it was really good but it could have been better if there were no flipping back and forth between the interrogation scene and the actual story.
Posted by Shrinivas at 10:27 PM No comments: